In 1609, Mary Ward founded one of the first groups of active religious women in the Church, throughout the world as Loreto Sisters. The Loreto Sisters established Orana Catholic Primary School. Mary lived in an age of religious intolerance. Her rule and way of life for her members was based on the apostolic life of the Jesuits. She wished her members to be dressed in the ordinary clothes of the time. Many schools were established in many countries by her order. Despite Mary’s good work, the cardinals of the Inquisition objected to her plans and to Mary Ward herself, her companions, their ideals and work. In 1631, Pope Urban VIII signed a Bill of Suppression, condemning Mary as a ‘heretic, schismatic and rebel to the Holy Church’. Her Institute was pronounced to be ‘suppressed, extinct, uprooted and abolished’.  The schools were closed and the members of the Institute dispersed. While Mary was eventually released from prison, her life’s work had been shattered. With a few faithful companions, Mary returned to her native homeland and died there in 1645. Despite this, many of Mary’s followers managed to keep her spirit alive. It was not until 1909, three hundred years after she began her work, that Pope Pius X eventually lifted the ban and Mary Ward became recognised as foundress of the Institute. Mary was a woman who loved the church yet was not afraid to speak her truth in the name of God. She lived with a true inner freedom. Even when challenged by the church she loved, she never wavered from her vision. Loreto Sisters endeavour to follow Mary Ward’s dream of serving Christ as courageously as she did. 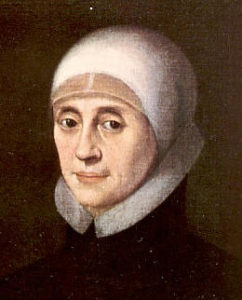 Rosendo Salvado was a Spanish Benedictine monk who started his monastic life in St Martin in Compostela, Italy. Under the leadership of the newly consecrated Bishop of Perth, Dr John Brady, Dom Salvado led a group of five monks out to the Victoria Plains and founded New Norcia on 1 March 1846. Salvado’s original vision was to create, among the indigenous peoples of the Victoria Plains, a Christian, largely self-sufficient village based on agriculture. His aim was to ‘civilise’ and evangelise according to the European ideals of the time, but he did so with sympathy for indigenous culture that was rare in his day. In 1900, Bishop Rosendo Salvado died at the age of 86 while on a visit to Rome. 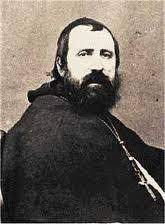 Mary was born in Victoria to Scottish immigrants. She was the eldest of eight children and spent her early years working to support her family. At the age of 24, she dedicated her life to God and took on the name “Mary of the Cross”. Along with Fr Julian Tenison-Woods, Mary opened a school in a disused stable in Penola, South Australia. Her vision was to provide education for underprivileged children. Many other women came to join her there and Mary and Julian founded Australia’s first religious order: the Sisters of St Joseph. Mary and the Sisters were committed to serving the poor – to going to where the need was and living amongst those in need. This took Mary all over Australia to many rural areas. Mary faced fierce opposition throughout her life, which at one point culminated in her being excommunicated. In the face of trial, Mary was a model of forgiveness, insisting no ill be spoken of those who wronged her, while also remaining resolute in her convictions. Mary was remarkable as a strong female leader in 19th century Australia. Education in this country is what it is today thanks to her dedication and determination. She is also Australia’s first saint. 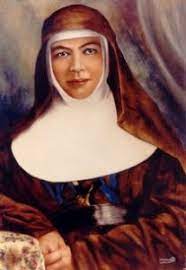 Francis was born in Assisi, Italy in 1182. He grew up leading a privileged life as the son of a wealthy cloth merchant. As an adult, Francis began to see visions from God that changed his life. One of these visions was when praying in a church, Francis heard God tell him to ‘repair my church, which is falling in ruins’. Francis gave all his money to the church and his father became very angry with him. He left home and took a vow of poverty. As Francis lived his life of poverty and preached to people about the life of Jesus Christ, people began to follow him. His one basic rule was, ‘To follow the teachings of our Lord Jesus Christ and to walk in his footsteps’. Francis was a devote follower of the Catholic Church. He and his followers travelled to Rome to get the approval for their religious Order from the pope. At first, the pope was reluctant as these men were dirty and poor. The pope grew to understand their vow of poverty and blessed the order. Francis was also known for his love of nature and animals. 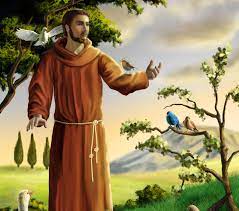